The Republic of India (Hindi Bharat) is a great nation which existed since prehistoric times. Its civilization stretches to hundreds of centuries BCE. The economy of this great nation has diverse branches today and this was catalyzed by the economic reform of 1991.
Besides China, India is the second most populated nation in the world with a population of about 1.24 billion. This simply implies that 17.5 percent of the world lives in the nation. India’s population is one of the factors that make it a very important nation and a marketplace in the world. India’s currency is the rupee (INR) and 1 rupee = 0.01624 USD.

India is a very wonderful ground for investment. The federal government of the Republic of India makes investment a priority as it presents a favorable, clear and liberal platform for investors. The country is filled with many top companies and Fortune Global 500 companies. Among these are Allsoft Corporation Ltd, Alpha Laboratories, Bharat Heavy Electricals Limited, Bharat Petroleum, CESC, CPCL and many more. Not only does India have vast resources but also its population and the diligence of its people make it a great nation and a key player in the world economy. Mumbai, also known as Bombay is a top metropolitan city in India. It is the capital of the Maharashtra state and of course the largest city in India by population. Mumbai is the most important Indian city when it comes to financial and commercial issues. Its GDP takes up to 6.16 percent of the total GDP of the nation. It is also the center of economic activities in the nation as lots of revenues used in running the nation’s affairs are generated from Mumbai. Lots of companies are situated in this city and these include among many others, Larsen and Toubro, Life Insurance Corporation of India, State Bank of India, Tata Group. It is quite interesting to note that up to 5 Fortune Global 500 companies are located here. The major industrial activities taking place in this city include textile mills, seaports, IT, gem and jewelry, entertainments and so forth. However, lots of companies dealing on diamond polishing, Information Technology engineering and so forth are also available. Delhi is one of the most important cities in India (it should not be confused with New Delhi). It is the largest commercial center in North India. Old Delhi had the largest per capita income in 2013 and one of the largest Gross State Domestic Products. Its economic straight comes mostly from the tertiary territory. It has one of the largest workforces in the nation and that is also why the city is economically strong.

Lots of industrial activities take place in this prestigious Indian city and the major service industries include information technologies, telecommunications, tourism, banking and media. Retailing is one of the amazingly growing sectors in the Delhi’s economy and its growth exceeds that of other Indian cities. The presence of skilled manpower in the city attracts foreign investments into Delhi. New Delhi is a city located in the Northern part of India and specifically in the National Capital Territory of Delhi. It was built between 1912 and 1929 and chosen as capital in 1931. The city is one of the first 50 most economic prosperous cities in the world. According to the World Wealth Report of 2011, New Delhi was ranked at the 39th place. Multinational companies and foreign investments have been attracted to the city due to the presence of many skilled English-speaking workforces. The major service industries in the city include telecommunications, IT, banking, media, hotels and tourism. It is one of the major targets by major industrial key players in terms of retail activities. Jaipur is the capital of Rajasthan, a state in the Northern part of India. Tourism is one of the major economic sectors in Jaipur. In fact, the Rajasthan capital is the major target for visitors as they come to explore its rich cultural heritages and resources. It is also characterized by both modern and traditional industries. It is also notable for the export of diamond, gold and jewelry in Asia. It is also one of the major Global Outsourcing cities. The business process outsourcing of Genpact and Infosys are located in this city. Business activities taking place in this city include banking, jewelry and textile production and so forth. Banglore, also known as Bengaluru, nicknamed Silicon Valley of India is the third most populous cities and one of the major economic hubs in India. Its export value between 2004 and 2005 was US$6.9 billion. It is the second fastest growing metropolitan cities in India as it has a growth rate of 10.3 percent. It is one of the largest markets in the nation and it is the home of some of the richest individuals in India. Many companies and foreign investments exist in this city and they include Bharat Heavy Electrical Limited, Bharat Earth Movers Limited, Central Manufacturing Technology Institute and so forth. Many research and development centers exist in this city and these include Microsoft, Google, GE, GM, Mercedes-Benz, Nokia, Oracle, Philips, Shell, Toyota and so forth. It is nicknamed Silicon Valley because of the avalanche of IT companies in it. 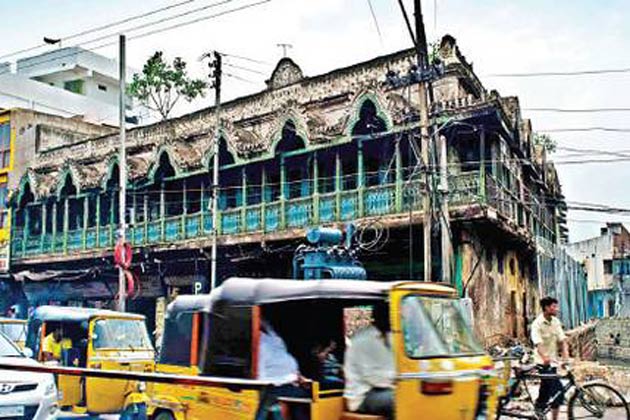 The GDP of Hyderabad ranks prime in the nation. It also contributes lots of other revenues more than other cities in India. It is the number one city in India when it comes to pearl trade and that is why it is nicknamed the City of Pearls. Many multinational companies are located in this city and examples include Nuclear Fuel, National Mineral Development Corporation, Bharat Electronics, Electronics Corporation of India Limited and so forth. The city has experienced a tremendous growth in its financial services as well as in information technology. The key service sector in this city are IT services, financial services, IT enabled services and insurance services. The growth of these sectors also catalyzed the growth of subordinate sectors in the city. Such ancillary sectors include trade and commerce, transport, storage, communication, real estate and so forth. Ahmedabad is a metropolis in Gujarat. It was ranked by the RBI as the seventh largest credit center as well as the seventh largest deposit center in 2012. Textile industry is one of the key service industries in this city and because of the greatness of textile activities in the city, it is nicknamed the Manchester of the East. Another important industry in this city is the automobile industry. Others include pharmaceutical industries, cotton production industries and so forth. Ahmedabad is the largest exporter of jewelry and gemstones in the nation. This is a city located in the southeastern India; it is the capital of Tamil Nadu. It is one of the major tourist centers in India, attracting the largest numbers of foreign visitors in 2009. Textile mills, tanneries, chemical plant industries are among the major industries in the nation. It is the only Indian city rated by Forbes as one of the top ten fastest growing cities in the world. That shows the remarkable economic growth and industrial development in the city. Lots of Fortune 500 companies exist in this city and the number is only outpaced by that of Mumbai, Delhi and Kolkata. About 24 multibillion Indian companies are situated in this city. Some of the major boosters of its economy are the automobile, software services, hardware manufacturing, finance services and healthcare industries. Kolkata, also known as Calcutta, is the capital of West Bengal state in eastern India. It is the major commercial and financial center in East India. It is also a very important commercial and military port and also it has an international airport, the only city in east India which does. IT is one of the major service sectors in Kolkata, just like many other Indian cities. Other industrial sectors which exist in this city include engineering, mining, minerals, cement, pharmaceuticals, food processing, electronics, textile, jute and so forth. Banking is another major sector in this city. In the 2011-2012 fiscal year, the GDP of this Indian city was the 8th largest in the nation and was estimated at $40 billion. The key service sectors in this Indian city include diamonds, textiles, jewelry manufacturing and so forth. Diamond polishing is at its high side in this city. Due to the rise in rupee rate in 2013, diamond price has risen by about 20 percent. The city is responsible for the largest manufacturer of clothes in India and due to its fast growing population, the real estate sector in this city is also very successful.